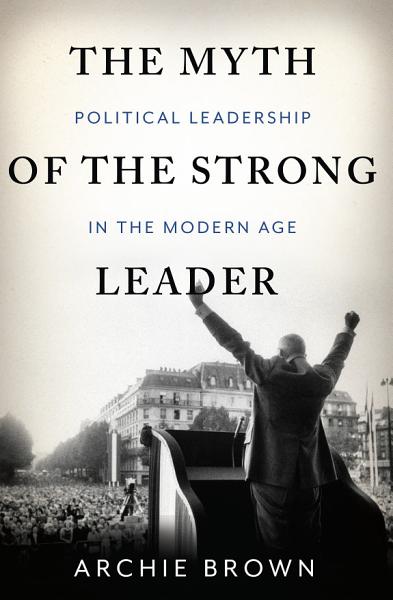 From one of the world's preeminent political historians, a magisterial study of political leadership around the world from the advent of parliamentary democracy to the age of Obama. All too frequently, leadership is reduced to a simple dichotomy: the strong versus the weak. Yet, there are myriad ways to exercise effective political leadership--as well as different ways to fail. We blame our leaders for economic downfalls and praise them for vital social reforms, but rarely do we question what makes some leaders successful while others falter. In this magisterial and wide-ranging survey of political leadership over the past hundred years, renowned Oxford politics professor Archie Brown challenges the widespread belief that strong leaders--meaning those who dominate their colleagues and the policy-making process--are the most successful and admirable. In reality, only a minority of political leaders will truly make a lasting difference. Though we tend to dismiss more collegial styles of leadership as weak, it is often the most cooperative leaders who have the greatest impact. Drawing on extensive research and decades of political analysis and experience, Brown illuminates the achievements, failures and foibles of a broad array of twentieth century politicians. Whether speaking of redefining leaders like Franklin Delano Roosevelt, Lyndon Johnson, and Margaret Thatcher, who expanded the limits of what was politically possible during their time in power, or the even rarer transformational leaders who played a decisive role in bringing about systemic change--Charles de Gaulle, Mikhail Gorbachev and Nelson Mandela, among them--Brown challenges our commonly held beliefs about political efficacy and strength. Overturning many of our assumptions about the twentieth century's most important figures, Brown's conclusions are both original and enlightening. The Myth of the Strong Leader compels us to reassess the leaders who have shaped our world - and to reconsider how we should choose and evaluate those who will lead us into the future.

The Myth of the Strong Leader

Authors: Archie Brown
Categories: Political Science
Type: BOOK - Published: 2014-04-08 - Publisher: Hachette UK
From one of the world's preeminent political historians, a magisterial study of political leadership around the world from the advent of parliamentary democracy to the age of Obama. All too frequently, leadership is reduced to a simple dichotomy: the strong versus the weak. Yet, there are myriad ways to exercise

The Myth of the Great Satan

Authors: Abbas Milani
Categories: History
Type: BOOK - Published: 2013-09-01 - Publisher: Hoover Press
This critical review of the history of America's relations with Iran shows how little of the two countries' long and complicated relationship is reflected in the foundational axioms of the "Great Satan" myth. The author explains why meaningful and equitable relations can begin only after the two nations have arrived

The Myth of Ancient Egypt

Authors: Charlotte Booth
Categories: History
Type: BOOK - Published: 2012-11-30 - Publisher: Amberley Publishing Limited
Egypt is extremely popular in the West, with almost everyone having some preconceptions about the country and its history, but questions about the building of the pyramids, the curse of Tutankhamun and Cleopatra's baths of ass's milk are only the tip of the iceberg. The myth of Egypt is often

Authors: Anthony McElligott
Categories: History
Type: BOOK - Published: 2013-12-19 - Publisher: A&C Black
“McElligott's impressive mastery of an enormous body of research guides him on a distinctive path through the dense thickets of Weimar historiography to a provocative new interpretation of the nature of authority in Germany's first democracy.” Sir Ian Kershaw, Emeritus Professor of Modern History at the University of Sheffield, UK

The Myth of Marginality